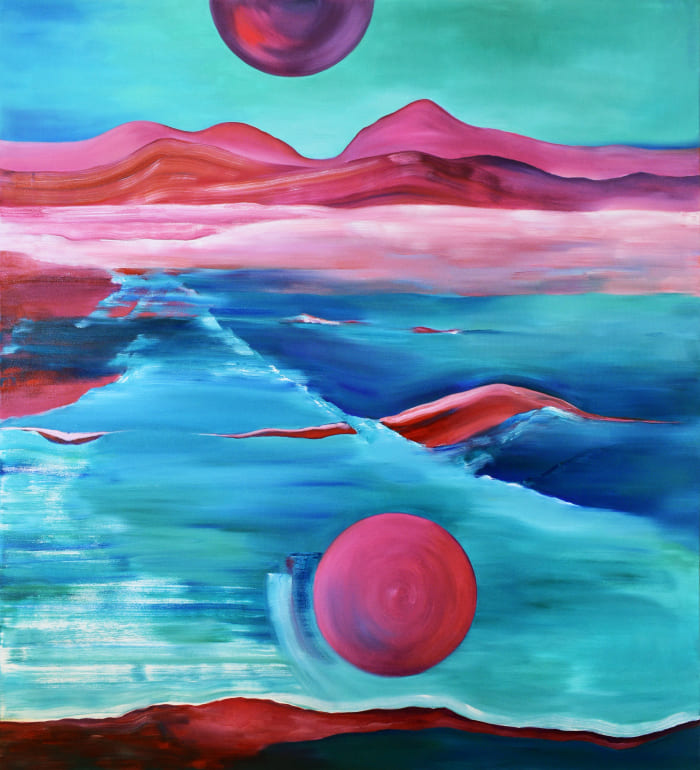 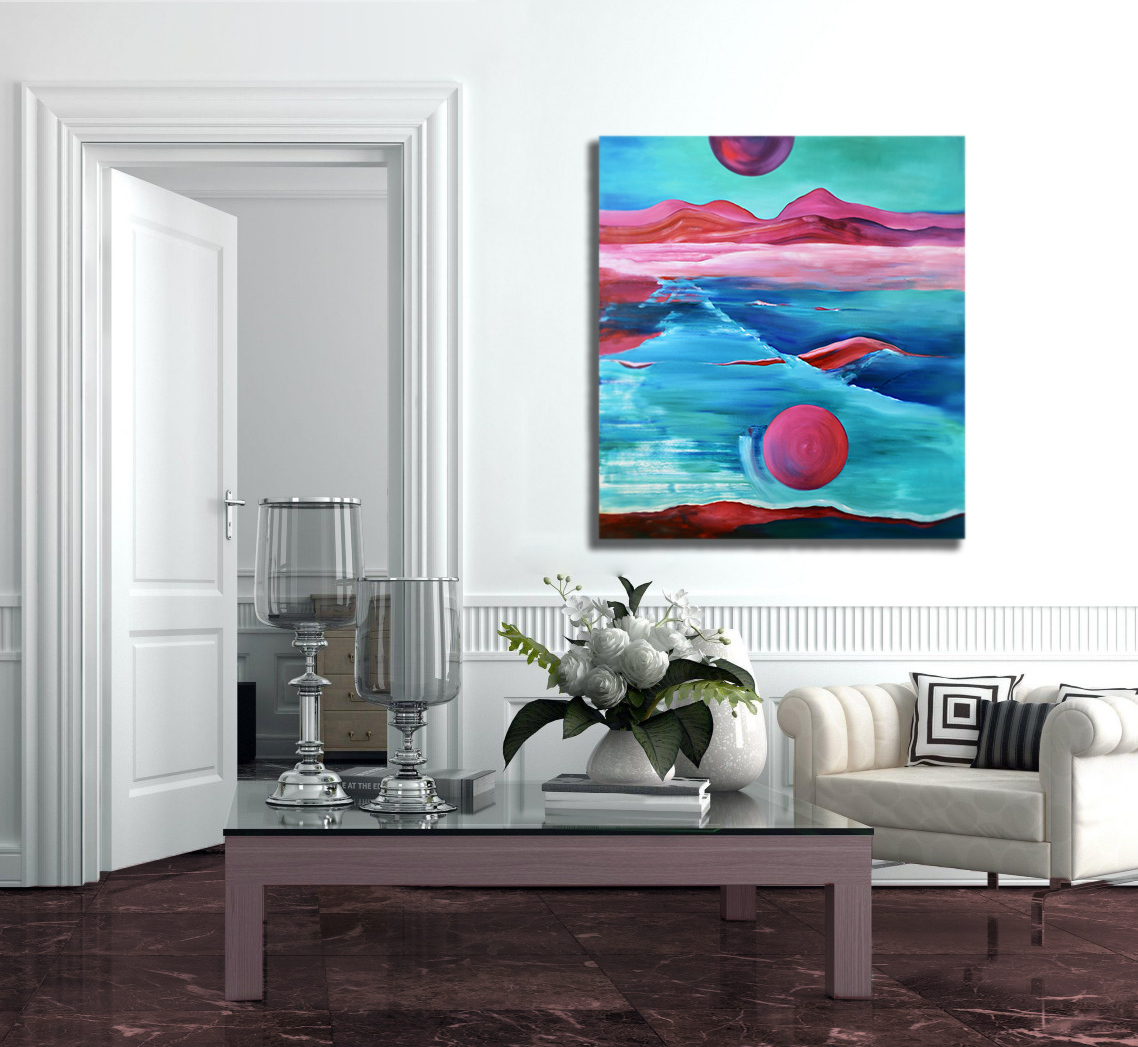 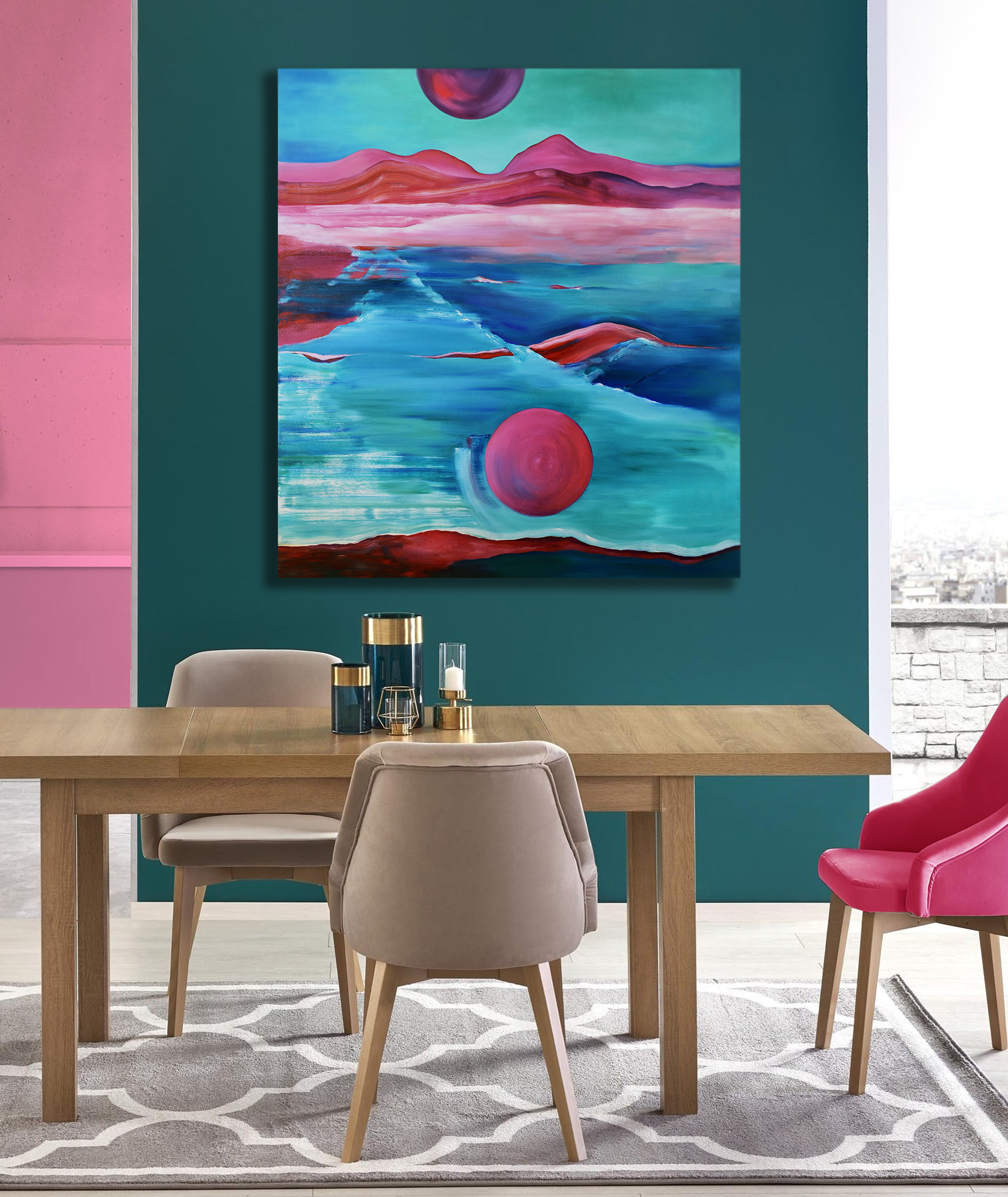 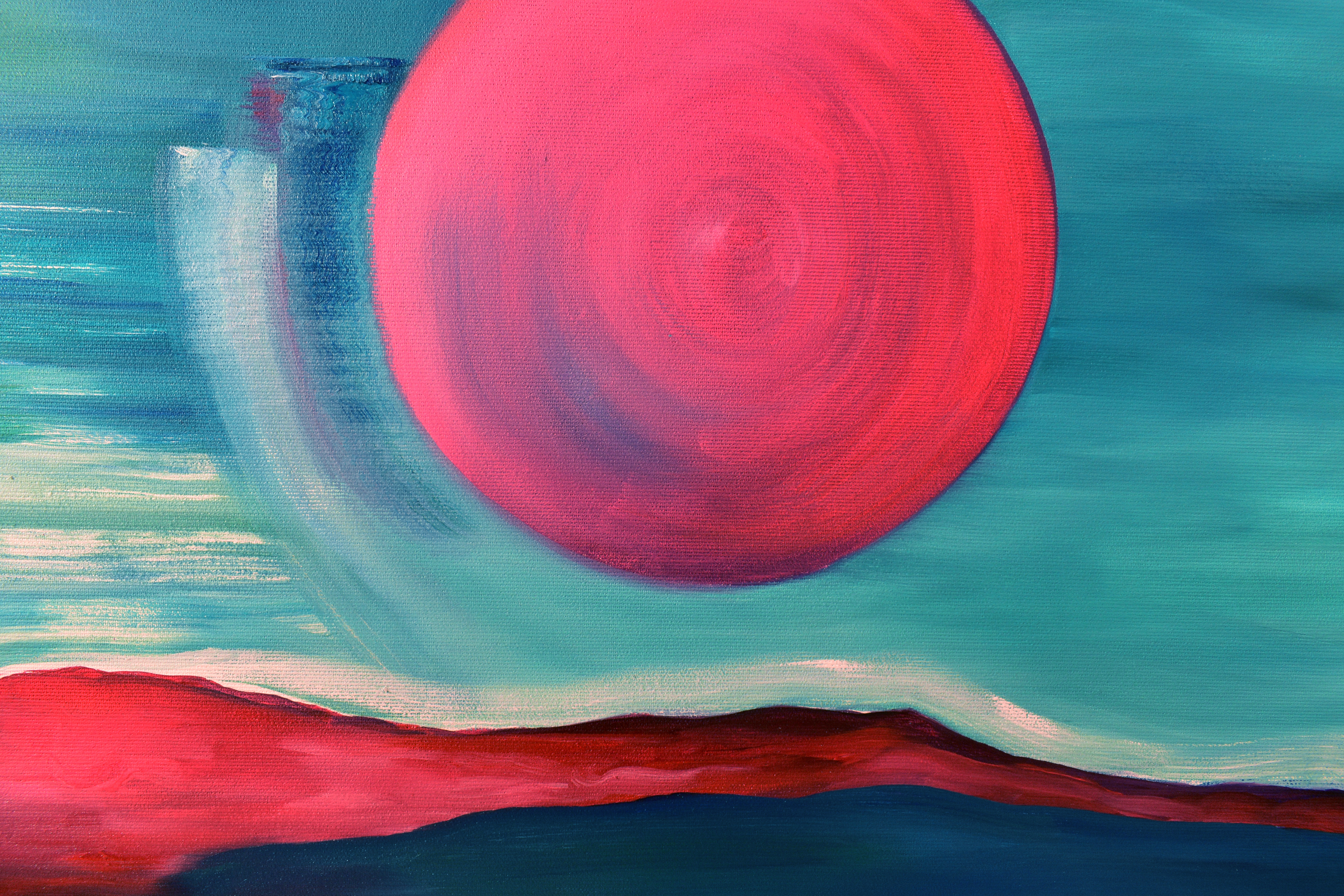 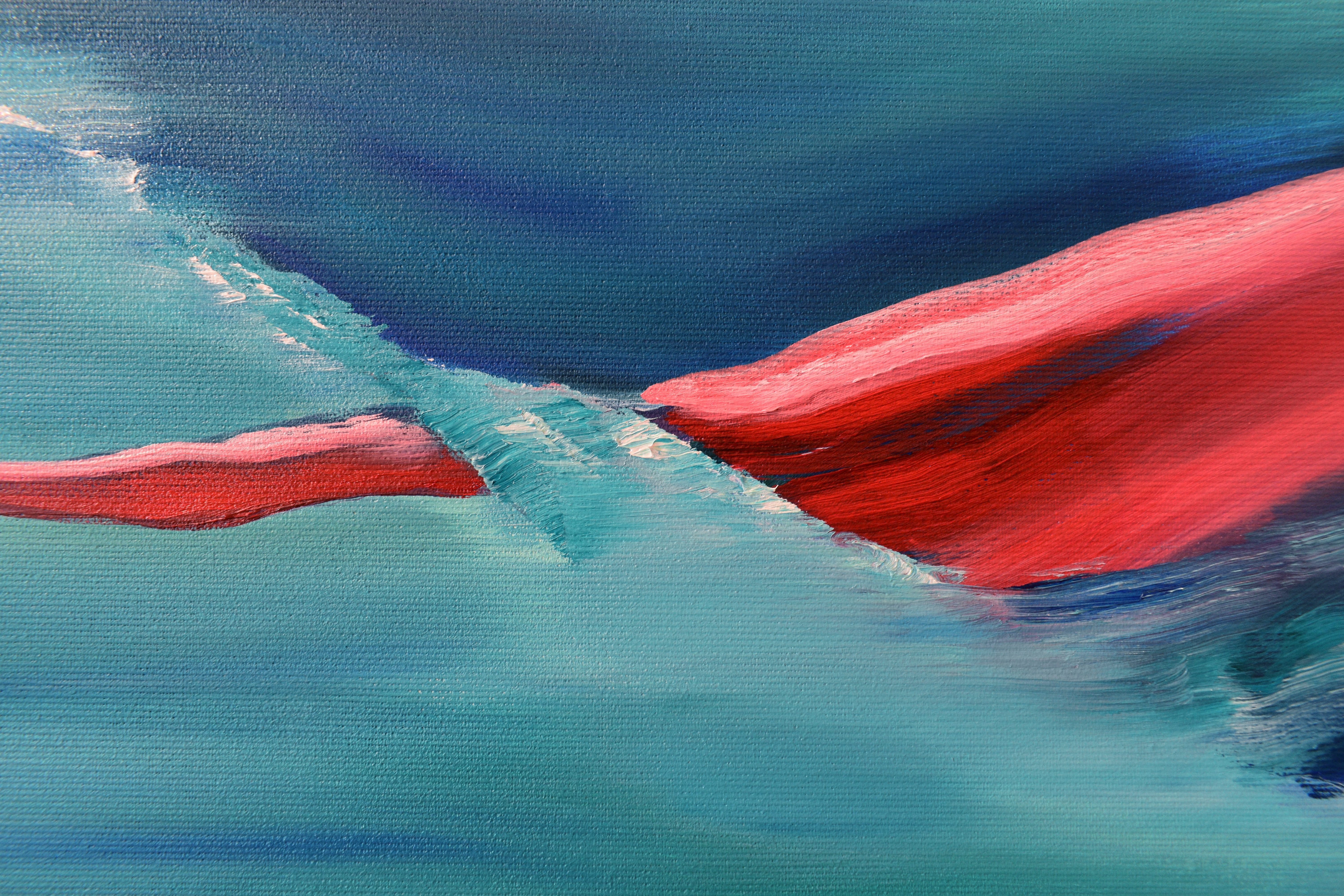 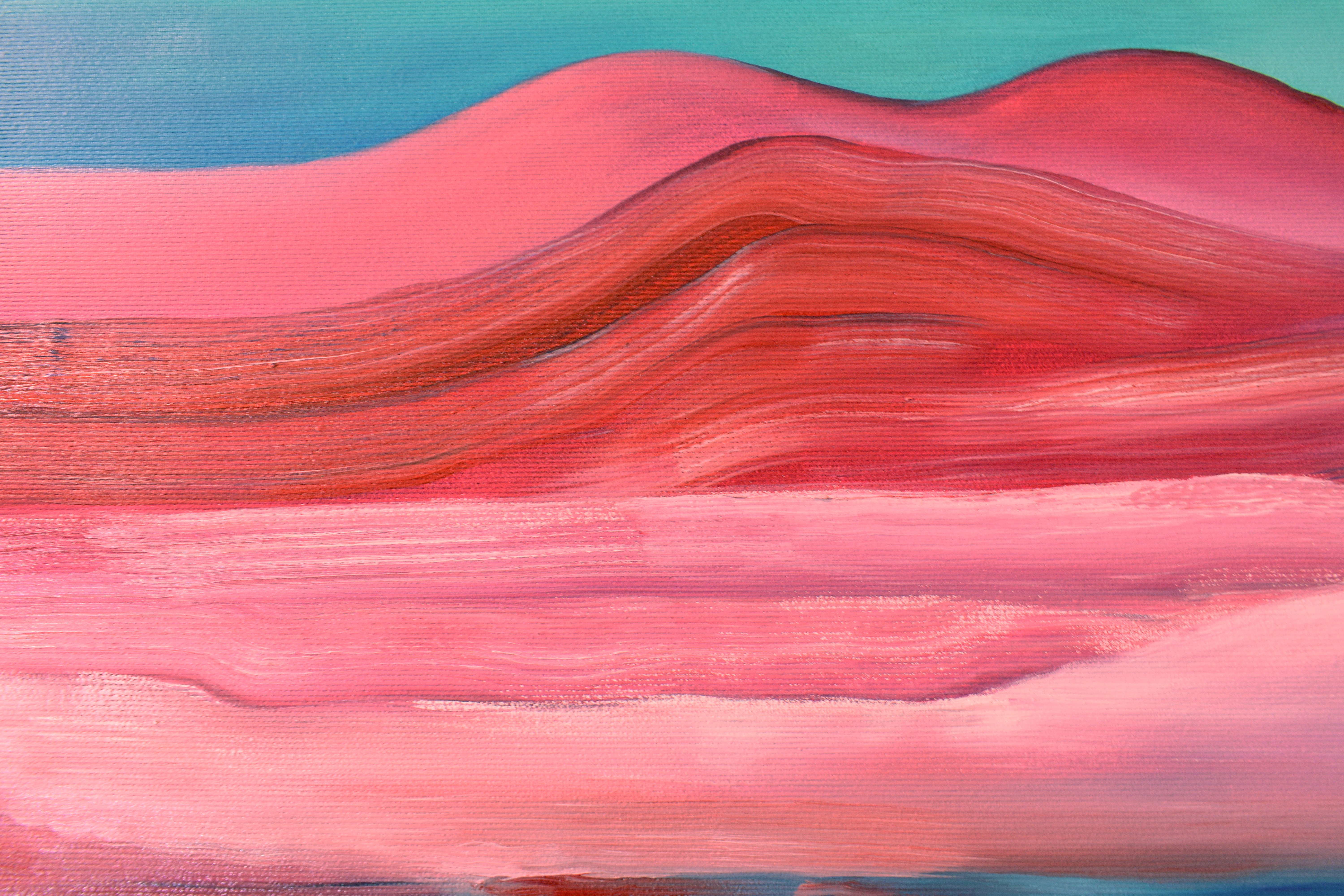 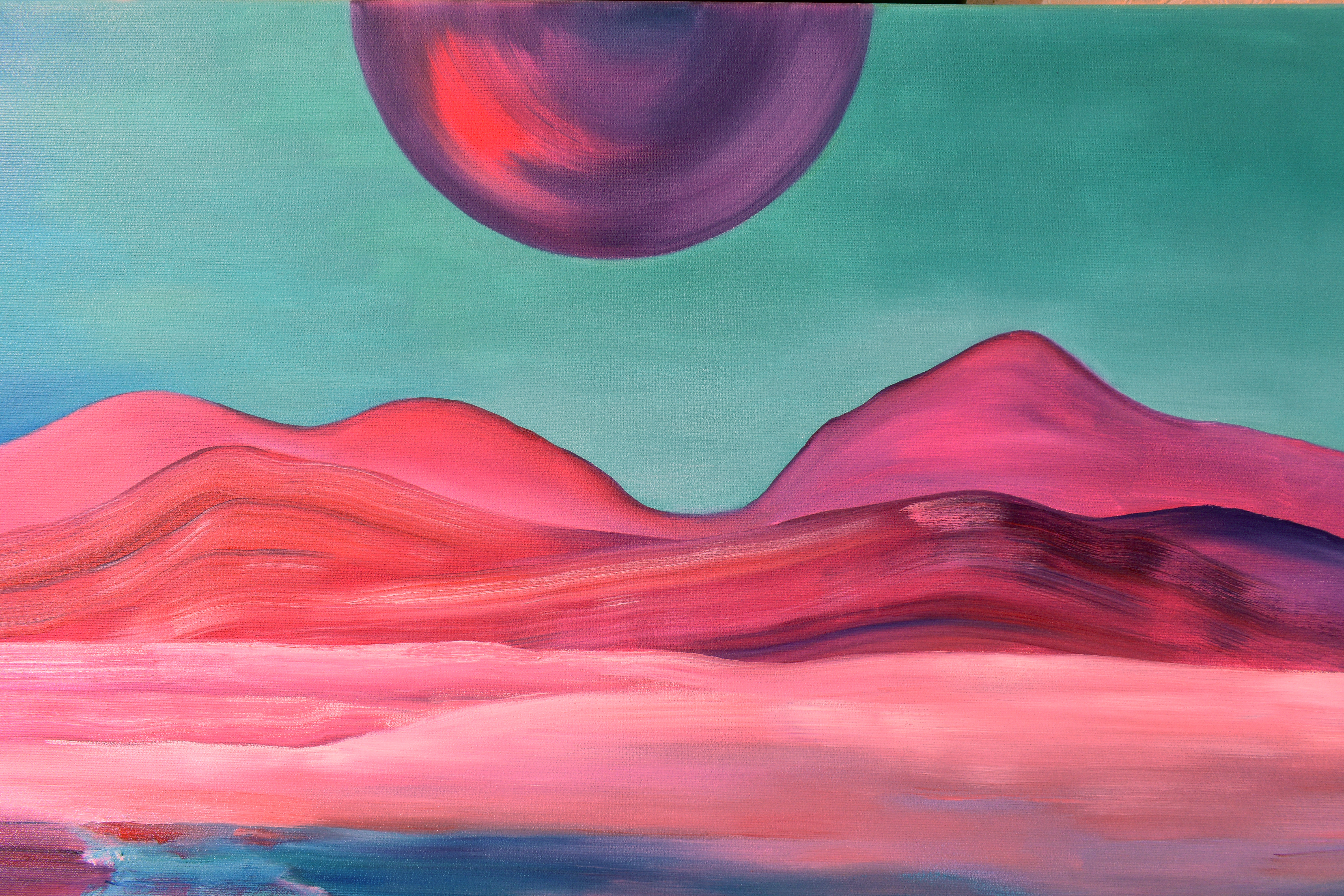 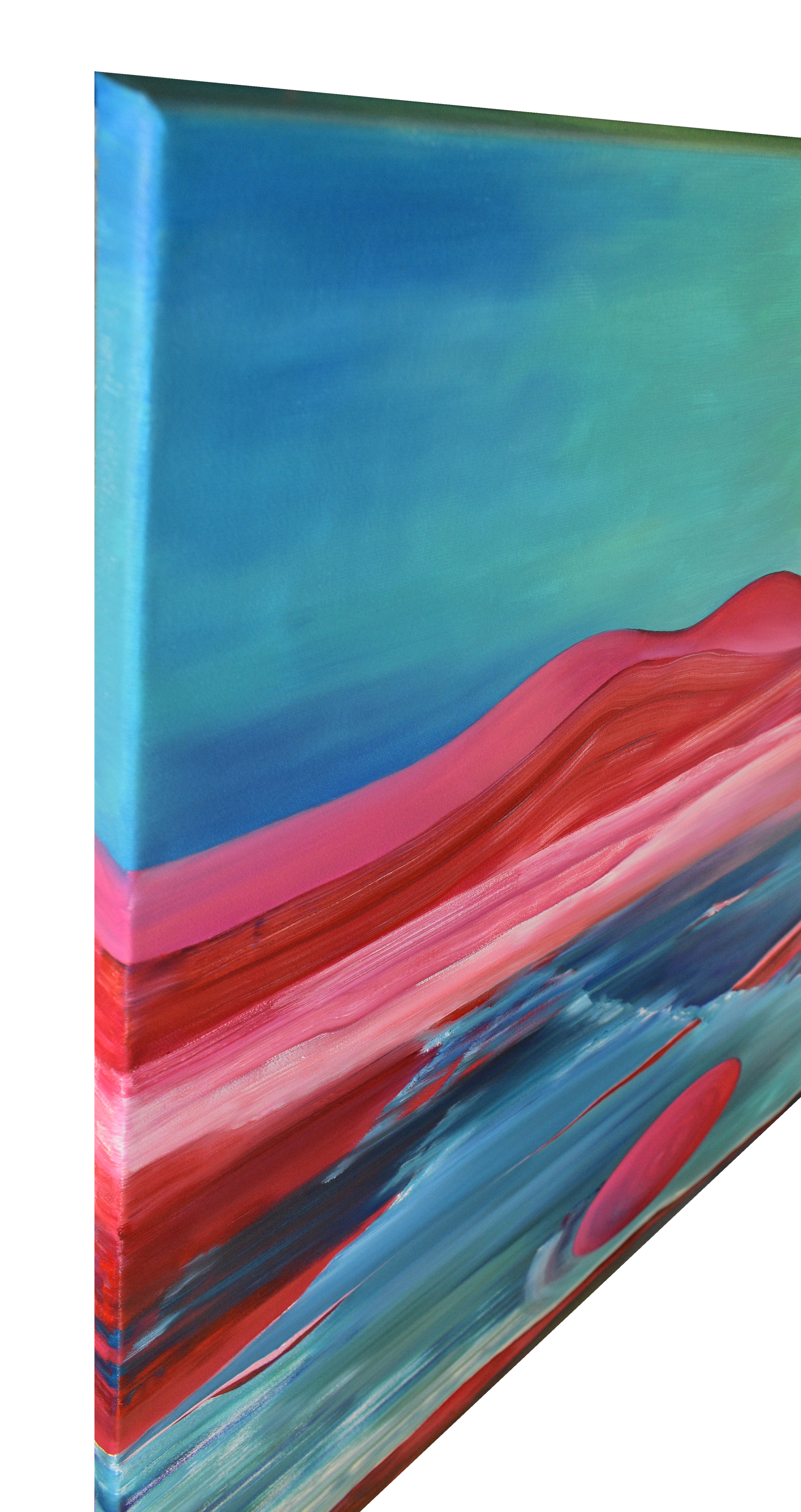 I created the painting Red Whale under the impression of ancient legends of the northern peoples, in which the Sky was represented and described as a cosmic ocean around the globe. A huge whale fish, the mother of all fish, holds the newly born planet Earth on its back, not allowing it to drown in this ocean.

So the Whale is a symbol of support, reliability and durability. This is a talisman for a big project, for a big business, which must stay firmly and inviolably afloat in any storm and under any changes.

A red-colored whale has fiery, solar energy. Illuminated by a red beam, this great ancient animal helps to gain victories and carry the honor of the hero with dignity.
The painting is painted in the technique of multi-layer painting with thin layers of oil paint, which allows you to create a three-dimensional volume and the glow of the lower layers of paint through the transparent upper layers. Work on the painting took several weeks to achieve complete drying and strengthening of each previous layer.

The sides of the picture are the continuation of the image, so you do not need to place the picture in a frame.
Made on high-quality canvas (100% linen), canvas density 400 gr / meter, stretched on a high quality wooden stretcher frame. Used the best Russian oil paints produced in Russia, the city of St. Petersburg.

I did not attach the hangers on the back side, and I will attach them to the package.

The painting is accompanied by a certificate of copyright issued in Russia by the city of St. Petersburg. 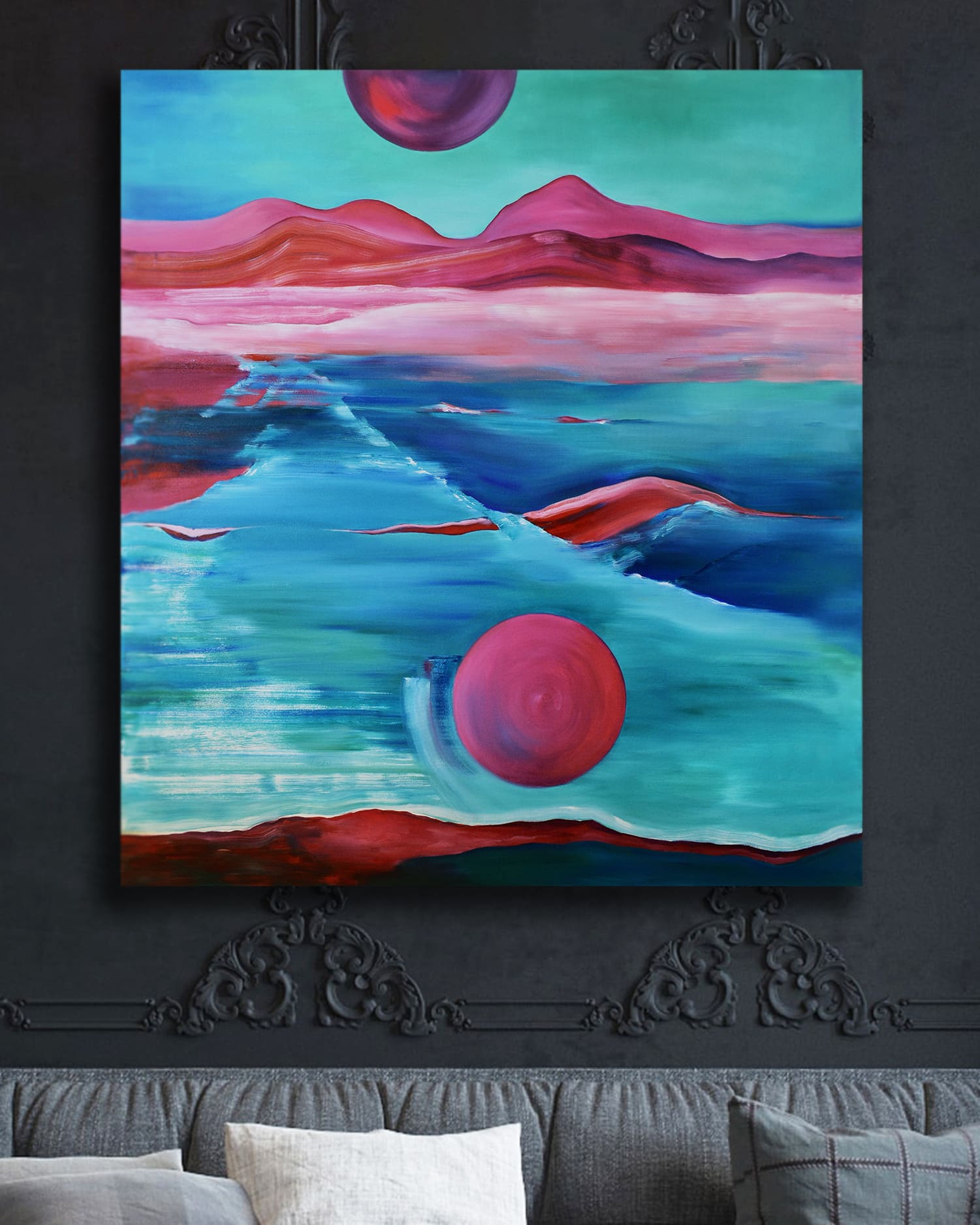