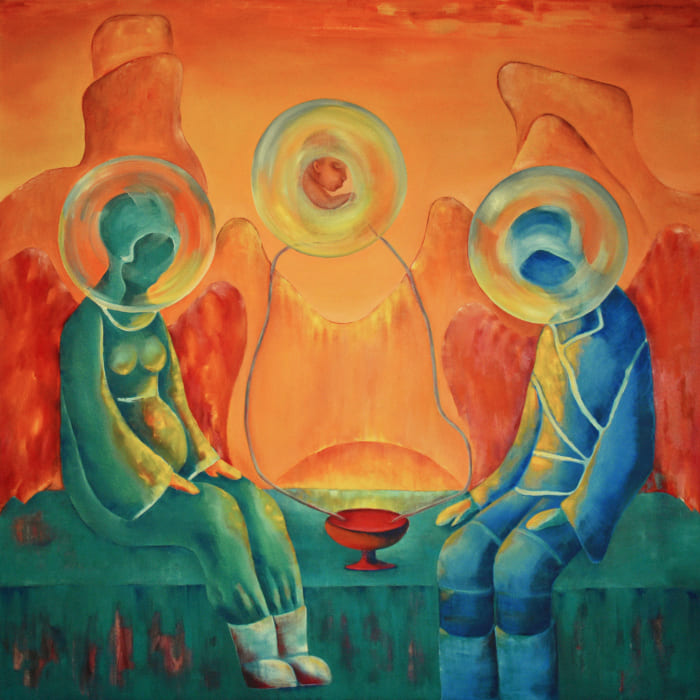 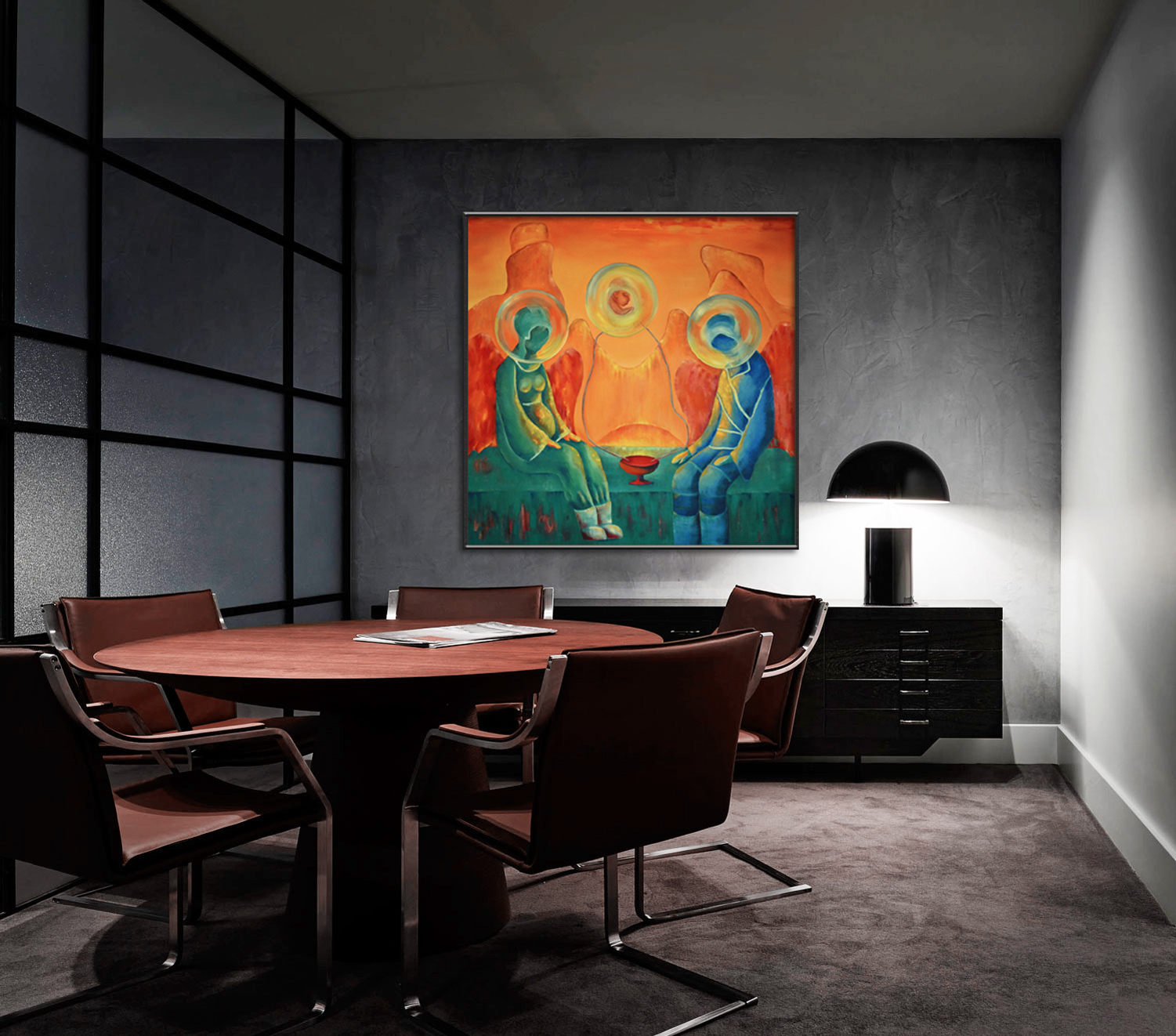 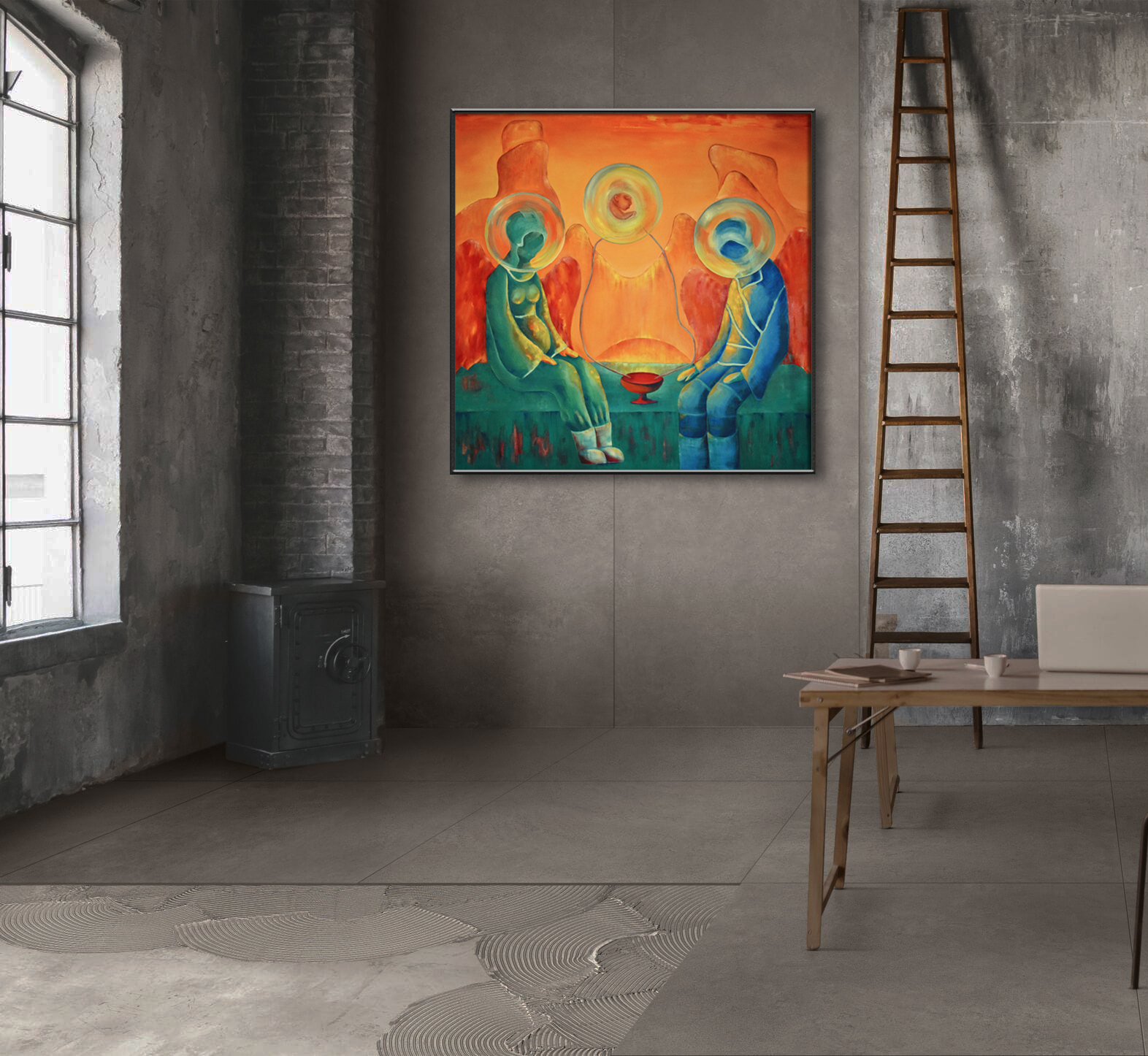 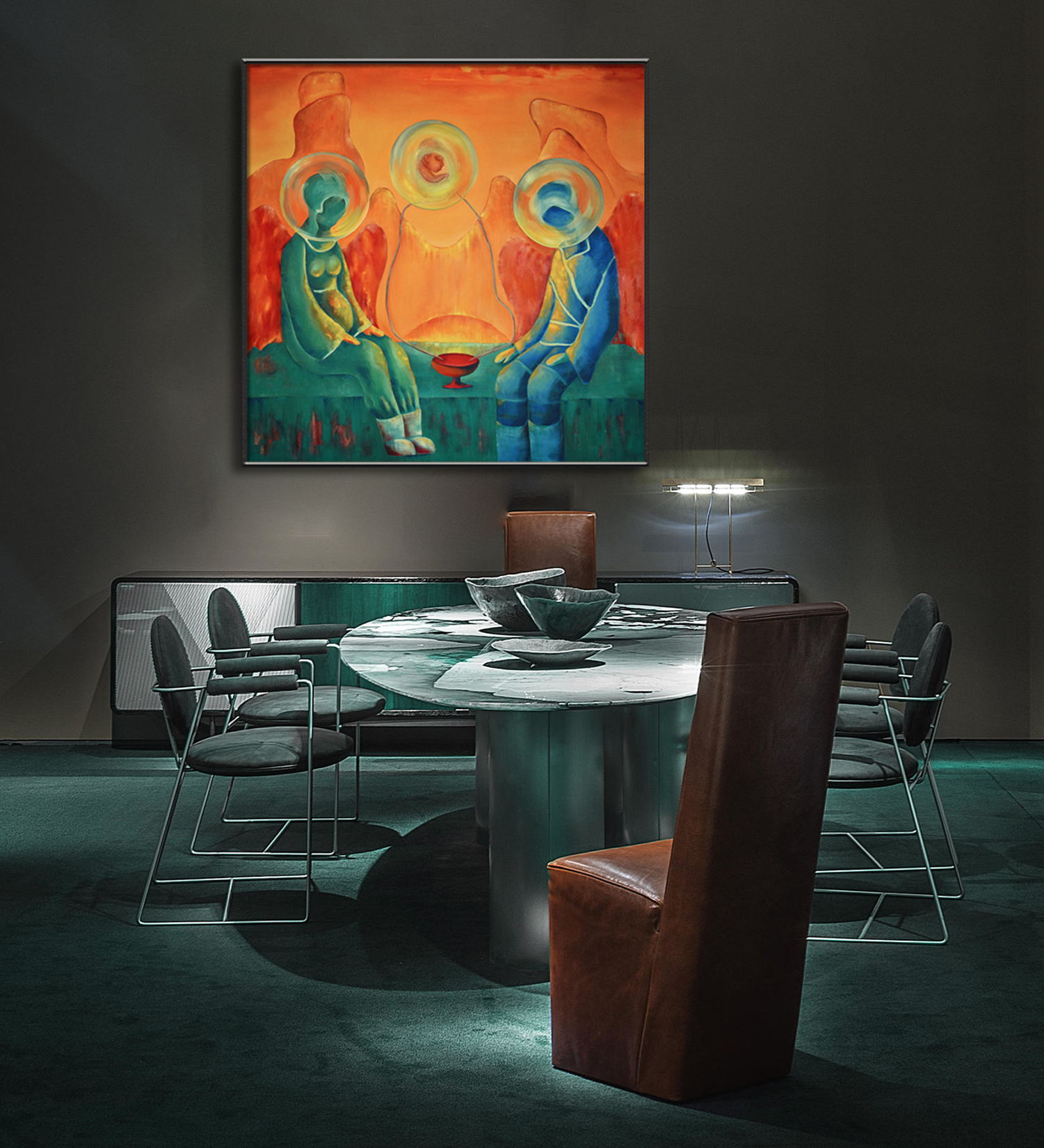 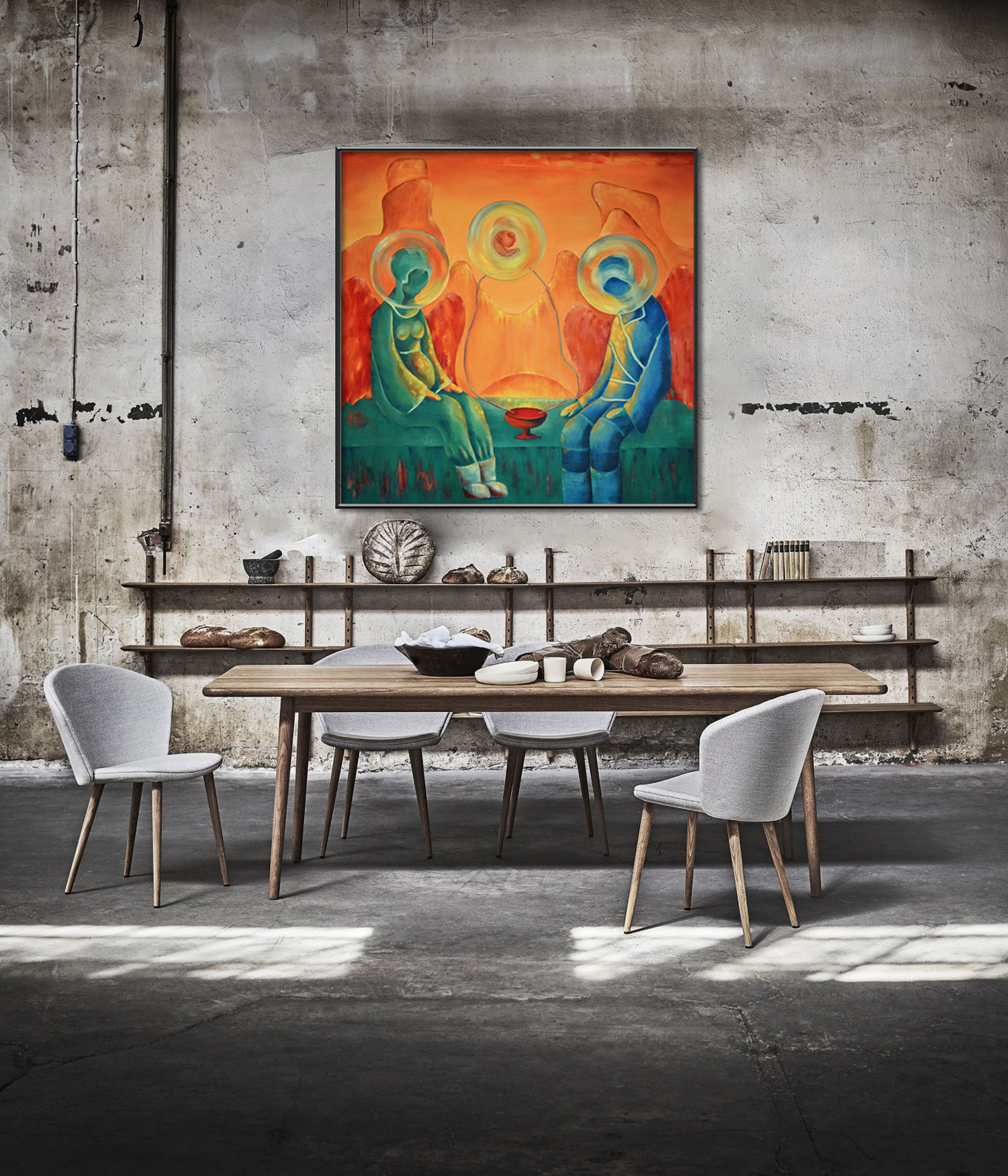 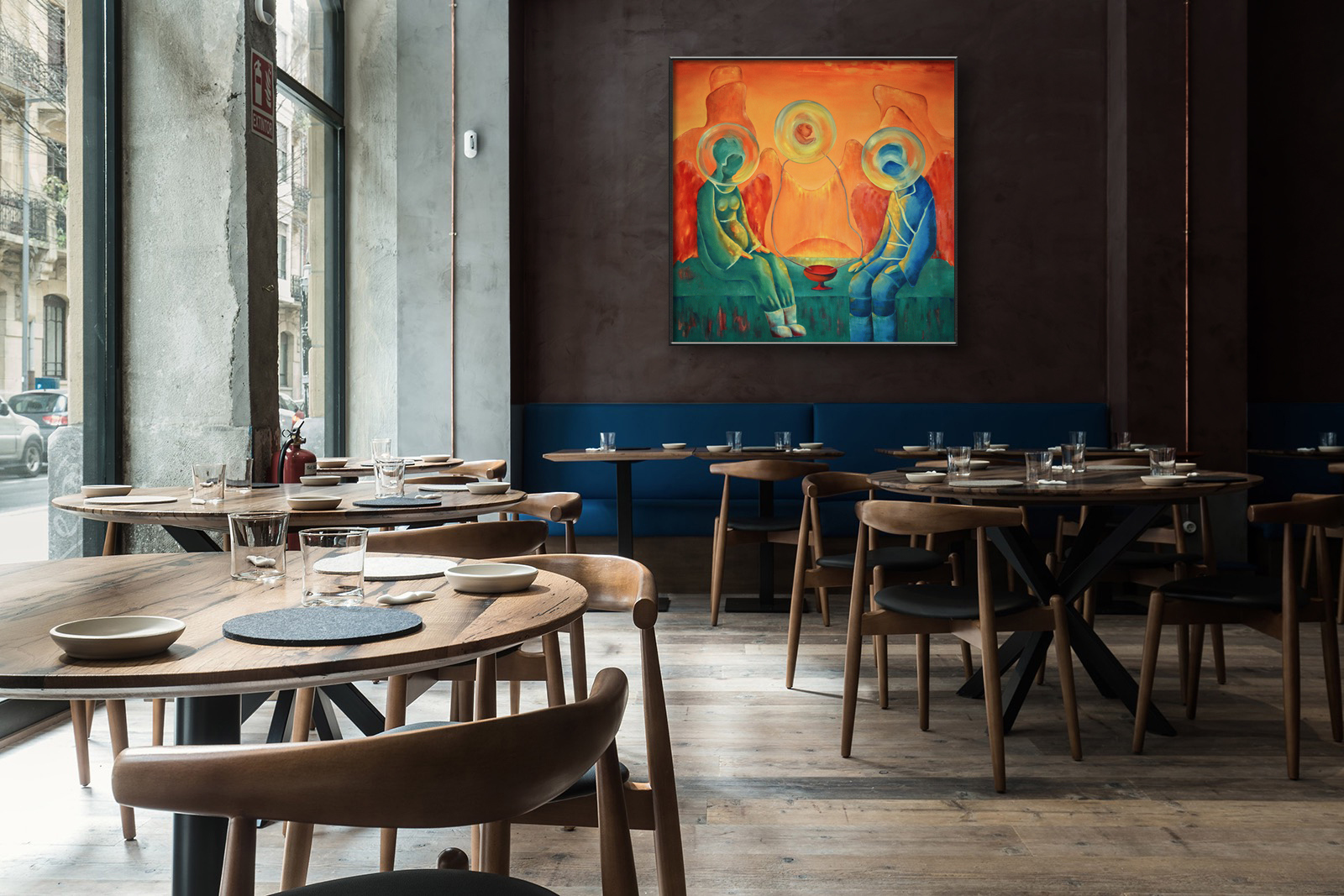 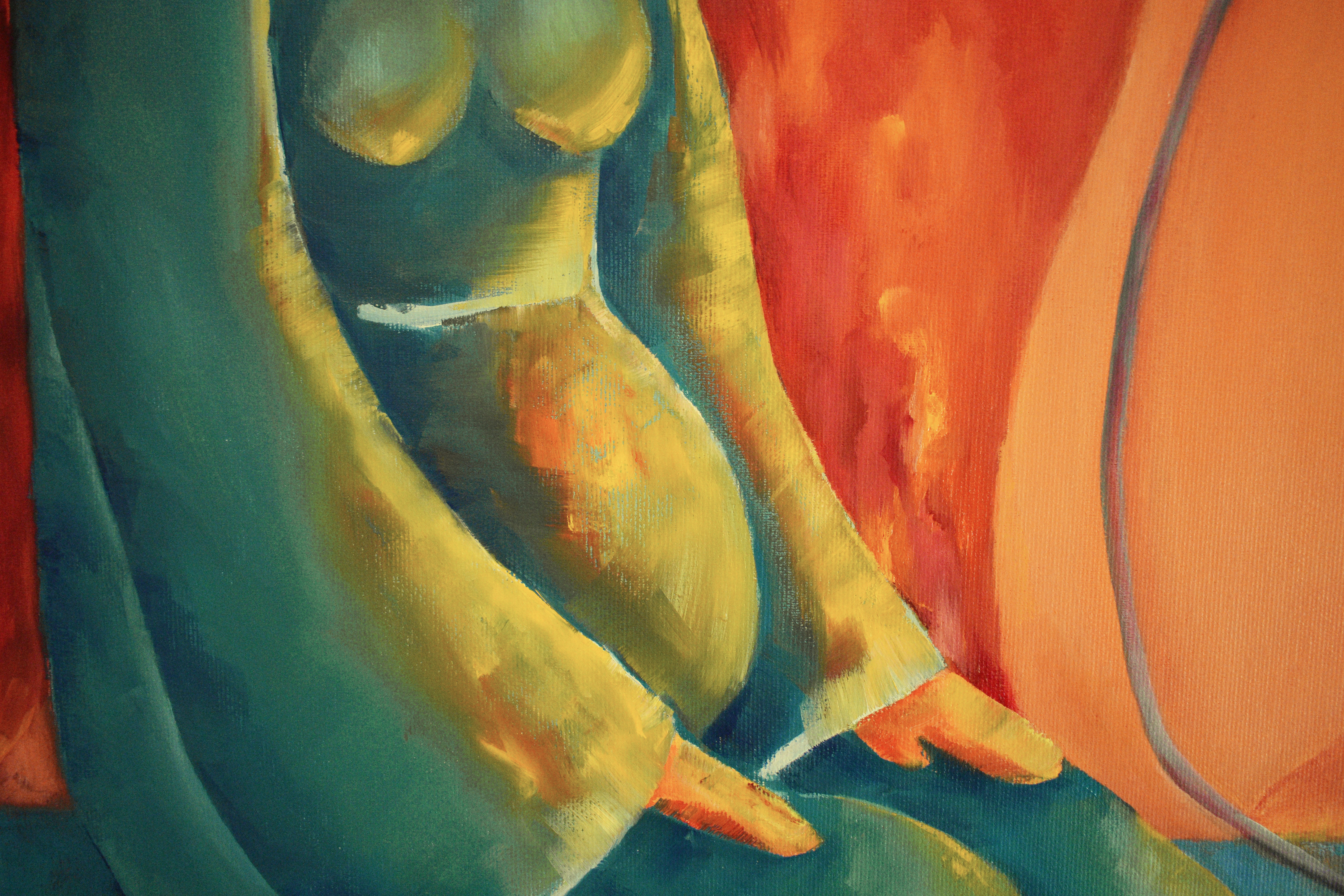 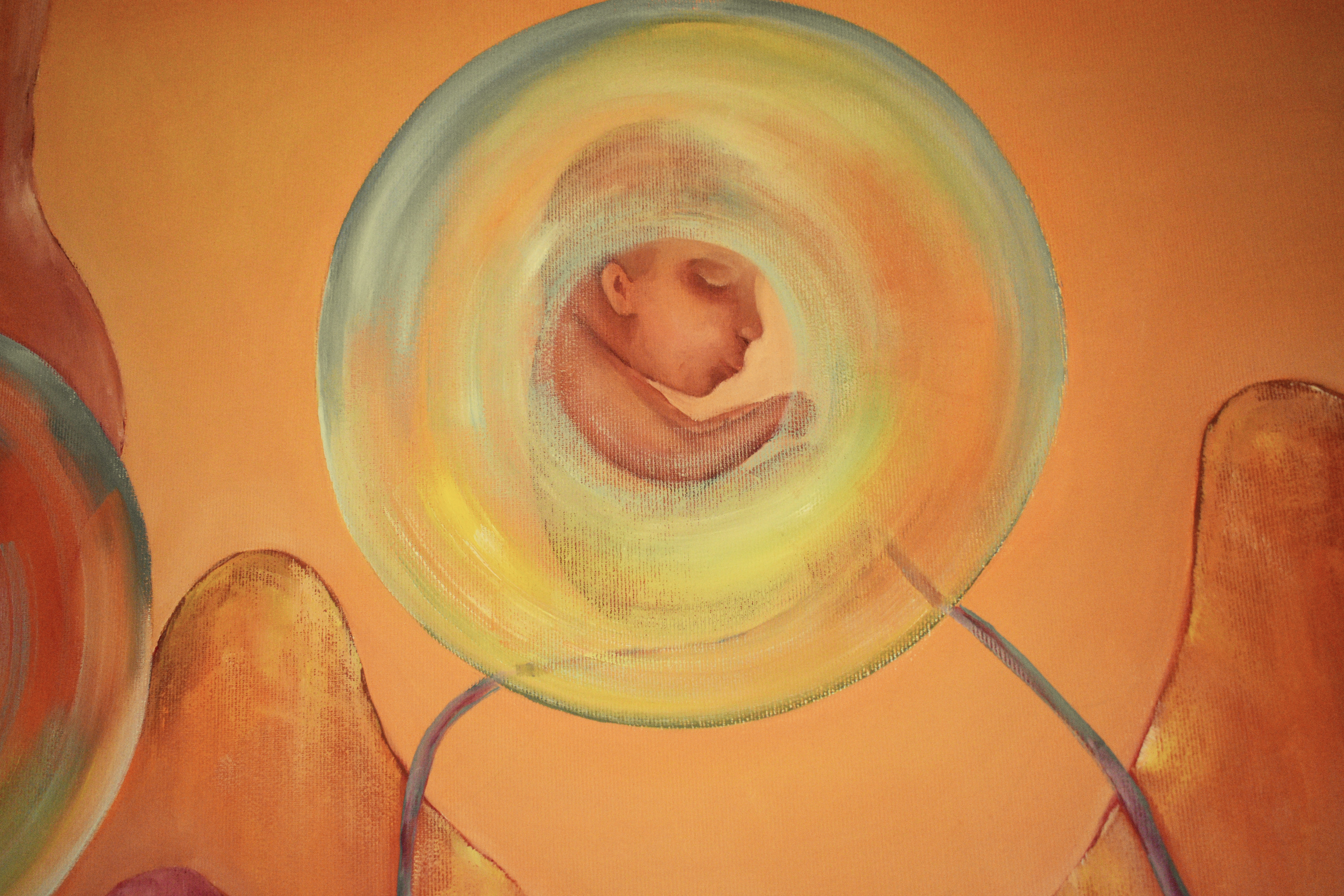 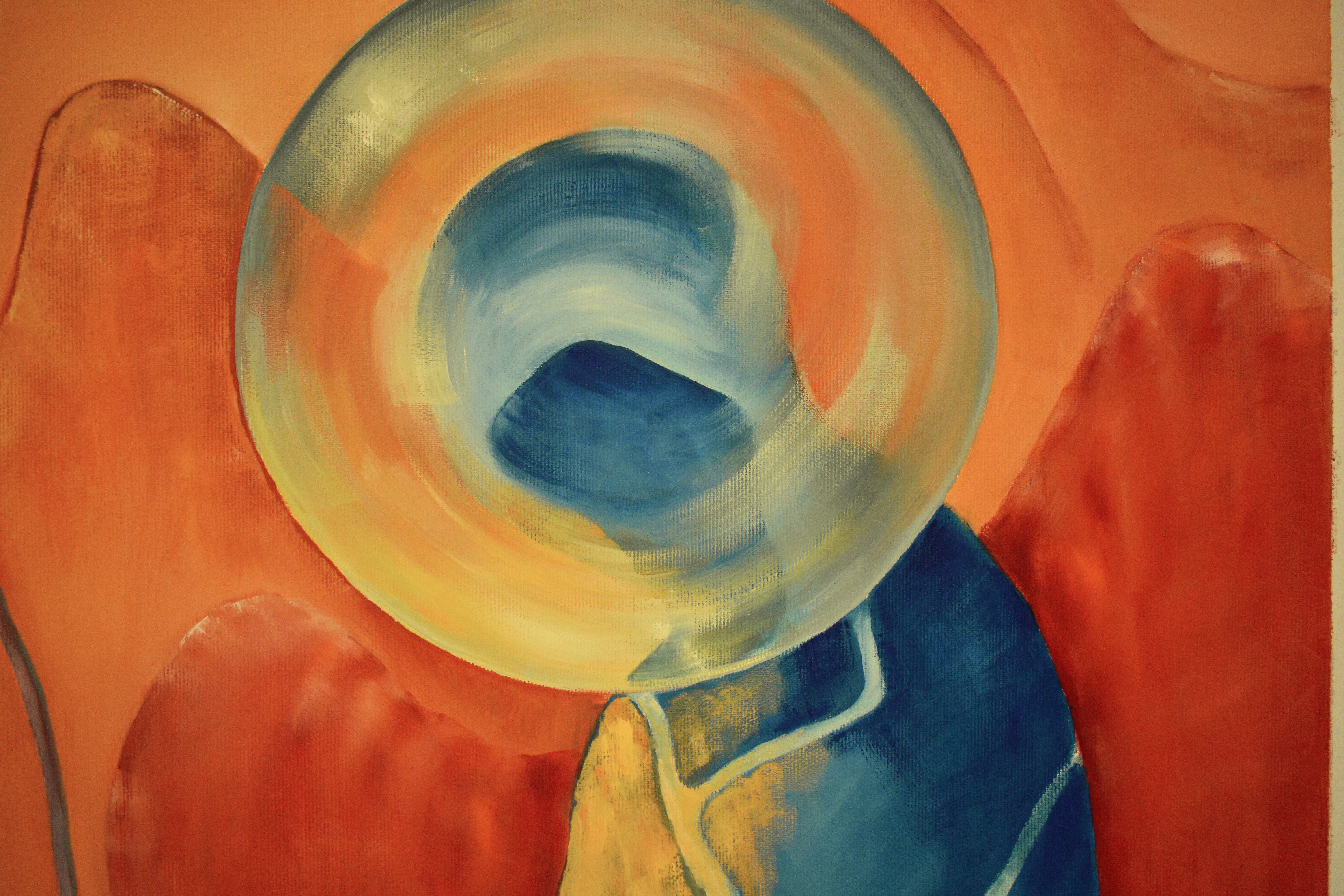 In all the centuries of their existence on Earth, people strive to expand their habitat and develop new, previously unknown territories. The 20th century was marked by an unprecedented large-scale event - the exit of a man outside the atmosphere of the planet and landing on the moon. The 21st century has come, and new horizons of space beckon researchers to their frontiers. The seemingly unrealistic project of Mars exploration is gaining momentum more and more actively. Now all the efforts of scientists and engineers are aimed at preparing a piloted flight to Mars. The male and female crew members will be the first inhabitants of this planet. Mars will become a new home for them and it is possible that scientists have a point in their plans about the conceiving and birth on Mars of the first representative of humanity, the first Martian child.

My picture is dedicated to this great beginning, this brave step into the future and that baby, whose home will be another planet of the Solar system, not Earth, but Mars. In the Christian religious tradition, there is one of the most venerated icons - the Icon of the Holy Trinity. The revival of a person's body with a Divine spark of life, filling his heart with love and compassion - is the moment of the first breath of a newborn living Person.

I really hope that Adam, the first person born on Mars, will receive all this grace in his human heart and will continue the traditions of Love in his new Martian home!

The sides of the painting are not a continuation of the image; therefore, it is required to frame the painting in a frame.
The picture is ready to be sent in a roll in a tube, but according to a preliminary agreement, I can pull it on a stretcher, which will require an additional payment for postage.
Made on high-quality canvas (100% linen), canvas density 400 gr / meter, stretched on a high quality wooden stretcher frame. Used the best Russian oil paints produced in Russia, the city of St. Petersburg.

I did not attach the hangers on the back side, and I will attach them to the package.
The picture is painted with active live strokes, it feels the play and movement of colors. The oil environment is displayed by the fluidity of its texture. The plot of the picture moves, changes and adapts to your mood.

The painting is accompanied by a certificate of copyright issued in Russia by the city of St. Petersburg. 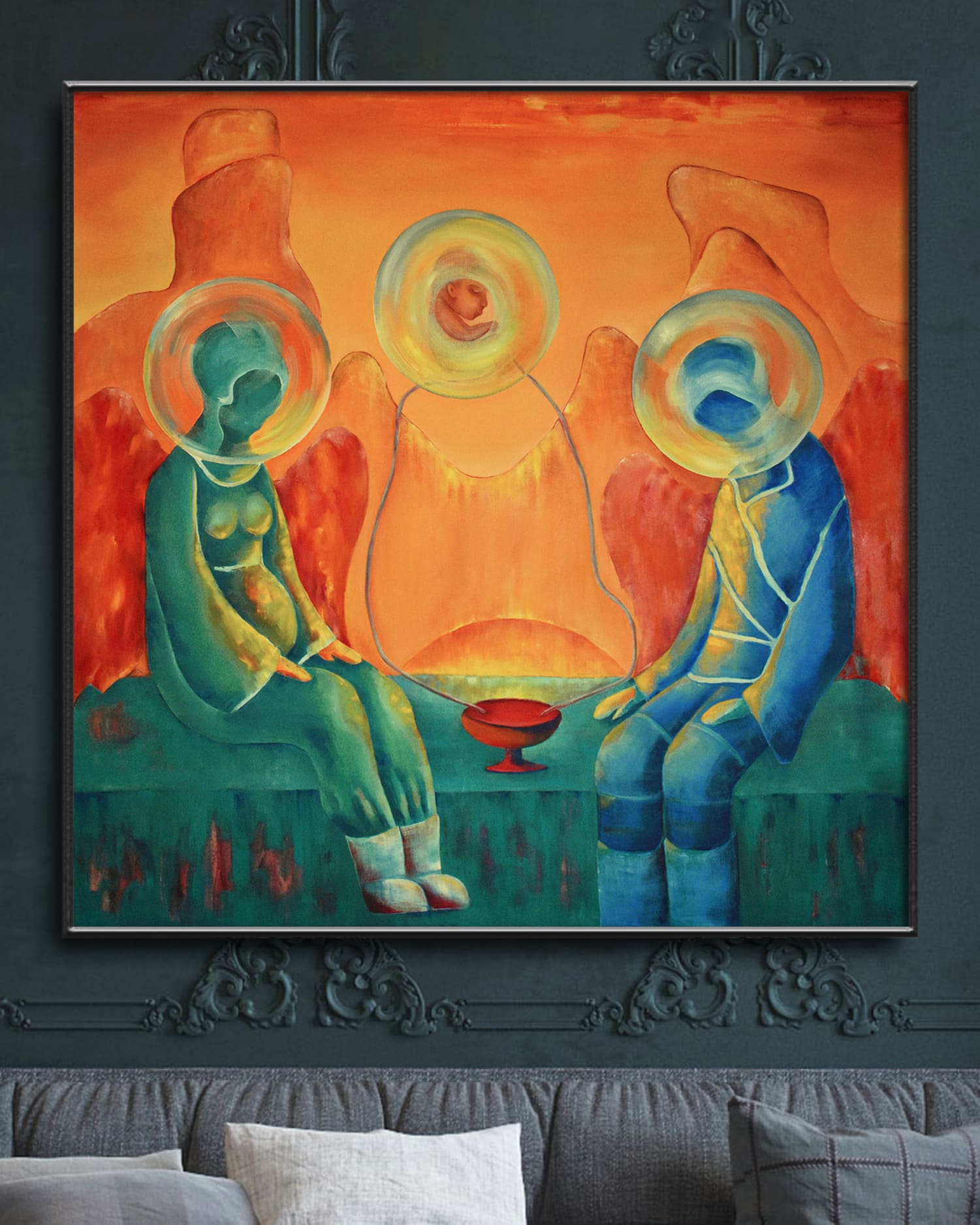